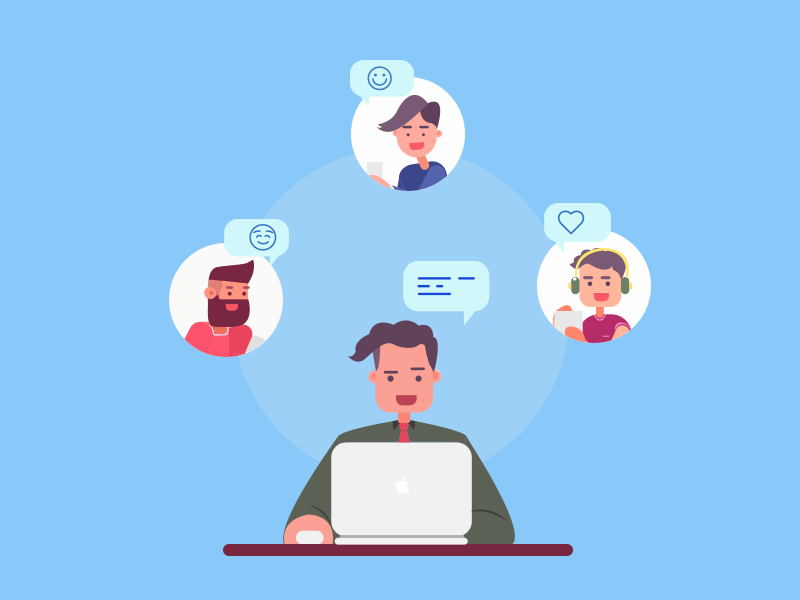 The volume of conversations customers have with brands on social media increases each year. While most brands know what to say to a customer’s query, few know how to. To clarify, we intend to highlight the way a brand sounds while conversing with a customer online. While replying to a customer, some brands mistakenly sound too formal and robotic. Sounding anything but warm or friendly isn’t the best approach when conversing with customers online.

A useful tip for making your social media responses a success is to speak in the voice of customers. Knowing your customer’s online habits and picking cues to their preferences from their posts can help you speak in the voice of your customer. As they say, when in Rome, do as the Romans do. Of course, in this case, it will be speaking as the Romans speak.

For instance, look at how two popular Twitter accounts speak to their users online. 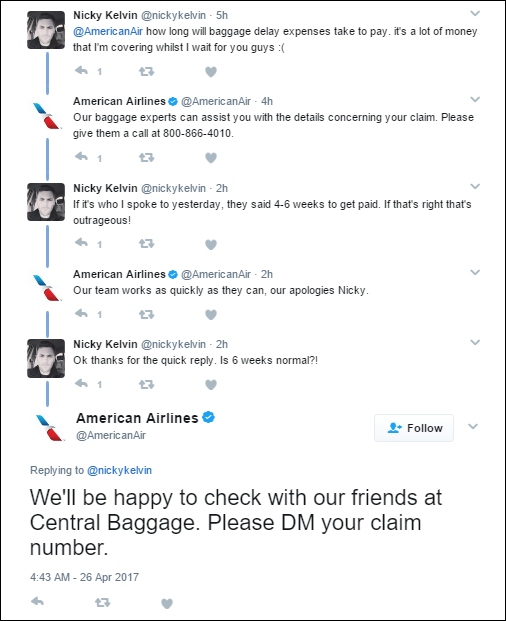 In the case above, an upset customer complained to American Airlines about the time it’ll take for him to recover his baggage delay expenses. The brand redirected the customer to their helpline. When the customer clarified that he had called that number earlier and been told a wait time of a few weeks, the brand apologized. The brand answered each of the customer’s queries in their standard official tone.  While the customer thanked for the brand for its speedy responses, he ended the interaction with a concern about the wait time for baggage delay remuneration being too long. 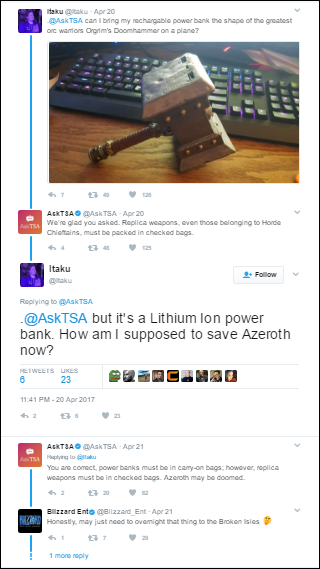 In contrast, the above example is an interesting case where a luggage query posed to Transportation and Security Administration’s (TSA) official Twitter account met with a creative response. When a user queried about whether he’ll be allowed to take his World of Warcraft themed power bank on the flight, TSA’s approach reeked of MMORPG. TSA “got their geek on” and responded to the user while referencing to the World of Warcraft character after which the user’s item in question was based on.

Such was the nature of this conversation that the developers of the World of Warcraft couldn’t resist joining in. Blizzard Entertainment, the developers of the MMORPG, replied to the tweet in a manner by referring to the game. It is interesting to note that TSA’s initial reply got 47 retweets and 124 likes. Now that’s L33T! TSA’s refreshing approach garnered excitement from the concerned user and helped it garner high user engagement.

Both cases help understand how customers expect the brand to sound humane, and not robotic while talking with them. If you want to make customers happy, speak in the voice of customers and establish a good conversation.

Stay tuned to our blog for more such helpful pieces.